Spores are left out in the cold.

Mould spores are largely responsible for untreated mould being able to spread further indoors. Spores are therefore always present in infested rooms. What many people don’t know is that further spores can detach from the treated surfaces during the remediation and the concentration of spores in the air can increase significantly once again.

Whether a living room, industrial complex, commercial businesses or public facilities – JATI SV Spore Destroyer explicitly destroys mould spores in the ambient air. The effect is based on hydrogen peroxide and the additional stabilising property of organic fruit acids. The result: a spore that already meets its end in the air and cannot find a new beginning on surfaces.

Crystal clear thanks to fogging.

JATI SV Spore Destroyer is applied by means of fogging. Whether cold fogging in smaller rooms with a ceiling height of up to 4 m or hot fogging in high and large rooms, such as warehouses or stables – we recommend having the work performed by a remediation specialist in all cases.

Spores run out of air, even in air ducts.

Extremely economical, even in the case of a heavy infestation.

JATI SV Spore Destroyer is the ideal complement to JATI SPE Mould Remover. The combination significantly reduces the risk of a recurrence of the mould infestation because all mould spores are consistently killed – on surfaces and in the air.

Our products do not require technical approval because they are not regarded as building products. This is also confirmed by the German Institute for Building Technology. 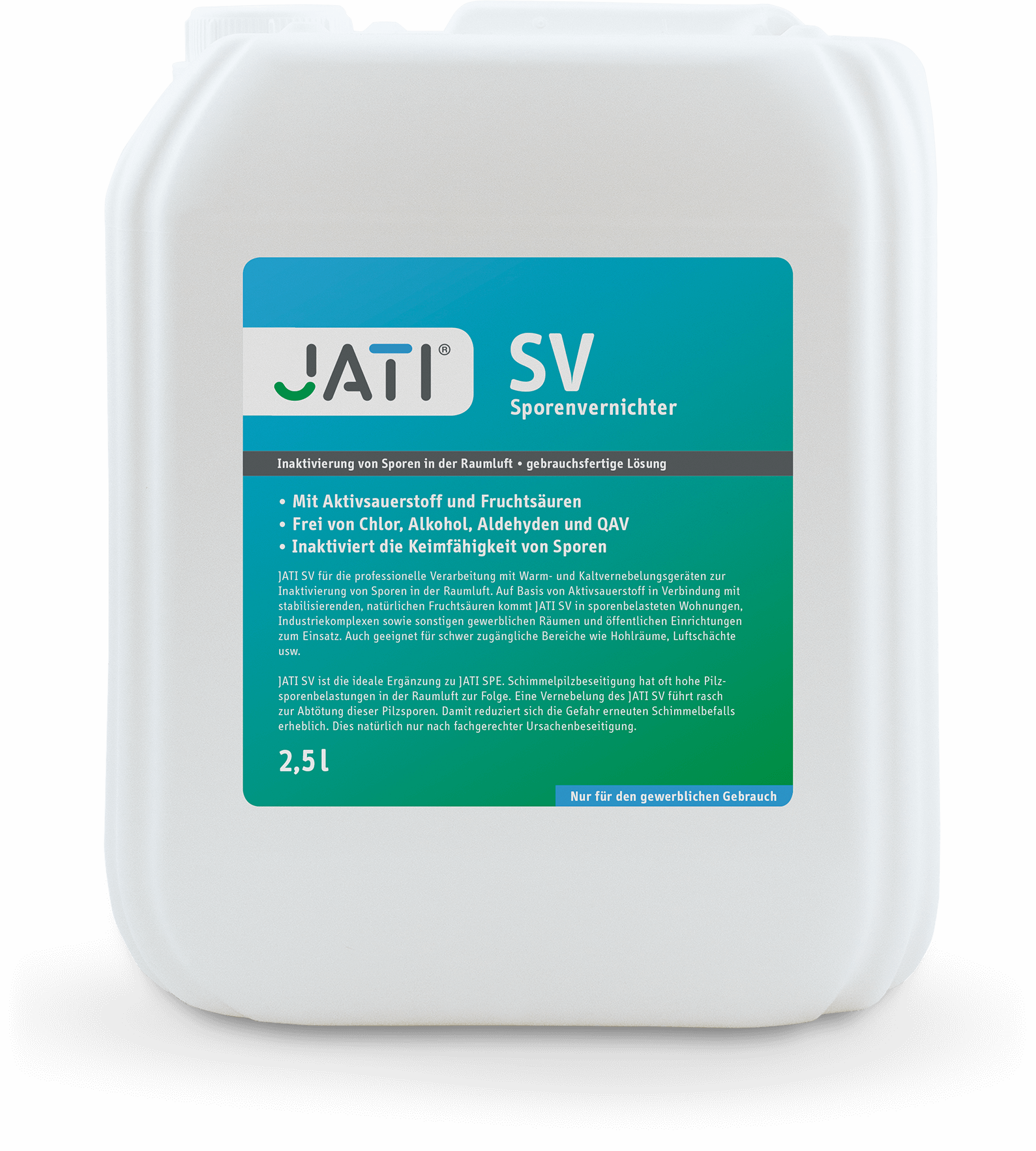